Life in Florida’s largest retirement community is getting tense.

The Villages, the sprawling home to more than 100,000 Americans aged 55 and older, is the core of President Donald Trump and the GOP’s base in a key swing state. But lately, flags for former Vice President Joe Biden are flying alongside ones for Trump. Democratic retirees in the Villages started organizing rival golf cart parades with homemade signs saying “End the Trumpdemic,” and some make a point to do their weekly shopping trips at Publix wearing Biden/Harris T-shirts or hats. A roadside rally over Labor Day weekend drew over 80 people, more than double the size of any previous one, organizers told Vox.

It’s a “statement that we exist,” said Villages resident and Biden supporter Sara Nir Branscome, 60. “What I’m seeing here is, by far, more Biden signs on our lawns, our golf carts.”

This isn’t a one-off phenomenon; polls demonstrate that Biden is showing surprising strength among older voters throughout the country. Multiple national and state polls have found Biden running ahead of Trump with those 65 and older by double digits, including in a recent Quinnipiac University poll of Florida.

“I think it is noteworthy because it’s a segment of the electorate we haven’t done well with in more than a couple of years,” Sen. Bob Casey (D-PA) told Vox in a recent interview.

The last Democratic nominee to do so well with older voters was Al Gore, who narrowly won voters aged 50-64 and voters over 65 in 2000. Older voters are far more reliable than younger ones, so it matters if Democrats are gaining ground with the group. They were pivotal for Trump’s 2016 election; he won seniors by 7 percentage points, and white seniors by even higher margins. A few months ago, Biden’s campaign advisers told Vox that they considered even cutting into Trump’s margins with seniors a victory.

“This is a group that was turning away from Trump even before the pandemic hit, but the pandemic has cemented them against Trump in a way,” Monmouth University polling director Patrick Murray told Vox. Murray added that while older voters of color have long been with Biden, “It’s older white voters where we’re seeing the swing.”

Why older voters are such a sought-after bloc

Older voters are a highly prized demographic in elections for one big reason: They turn out reliably.

“Because they turn out at such high rates, because they are more likely to vote by mail in this election, and because they’re such a big proportion of the electorate,” said longtime Democratic pollster and strategist Celinda Lake.

Where older voters live is also important. They’re a crucial constituency in most key 2020 battleground states, but they’re particularly important in Florida and Arizona, given the heavy concentration of retirees. Incidentally, both of these states have been hit especially hard by the summer Covid-19 outbreaks.

“One striking feature of the battleground is how old it is, it’s not just Florida,” said Dave Wasserman, US House editor at the Cook Political Report. “Arizona also has an extraordinary percentage of seniors.” 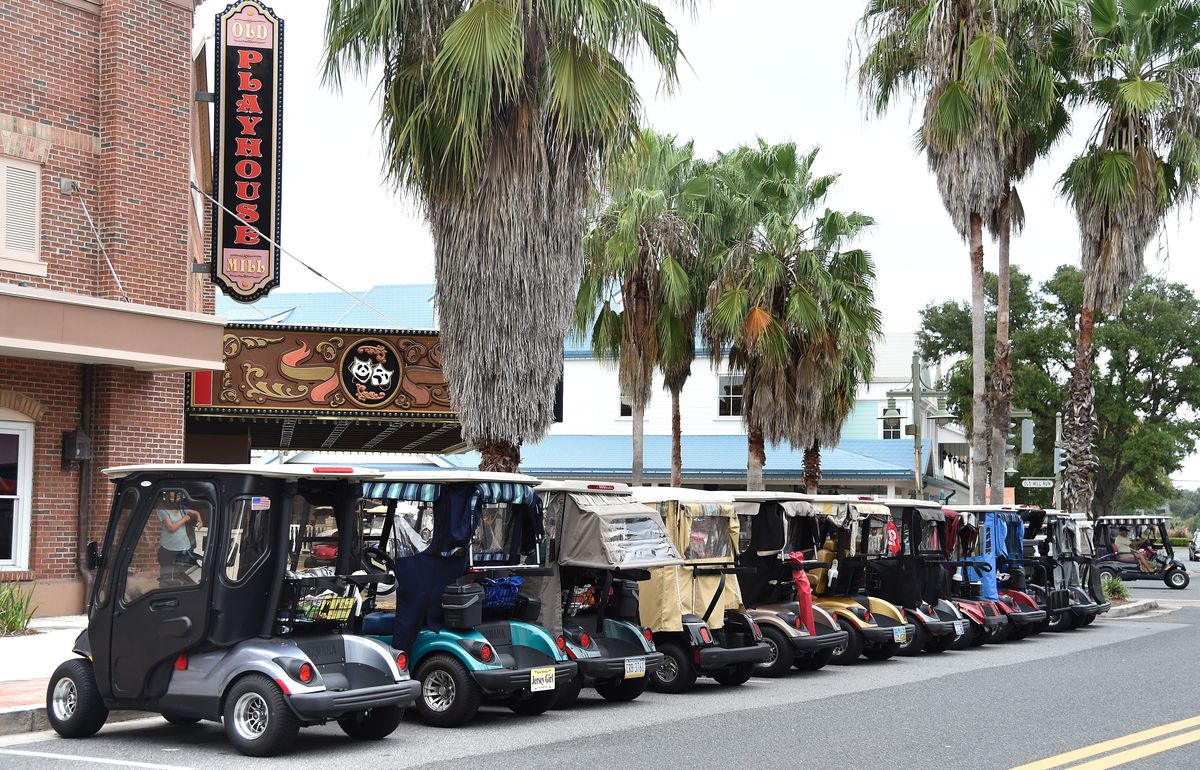 National and battleground state polls alike show Biden strong with the 65 and older set. Some surveys show women driving that trend: A recent CNN poll found Biden with a 20-point lead among women. If a similar lead among women holds until November, it could be the largest gender gap between two candidates in decades.

In Selzer’s national poll with Grinnell College, conducted August 26 to 30, Trump led Biden with men over 65 by 17 percentage points (56 to 39 percent). Biden had a six-point edge on Trump with women over 65, earning 49 percent of support compared with Trump’s 43 percent.

Other pollsters think the gender gap with older voters isn’t as strong, because many of these voters are concerned about the same set of issues: protecting government programs such as Social Security and Medicare, and lowering the cost of prescription drugs. “With other voters, you’ll see women worried about health and education, and men are worried about jobs,” said Lake. “If you’re a senior, you’re worried about the same thing.”

The numbers are tighter in Arizona, a traditionally Republican state that is turning bluer due to its diverse population and changing suburbs. Like Florida, Arizona is also home to a lot of retirees. The state went for Trump by 3.5 points in 2016, but Democrats see an opportunity to flip this state at the presidential level, as well as a key Senate seat.

A recent Fox News poll of Arizona found Biden and Trump tied with registered voters over the age of 45. Trump led by 4 points among men over 45, while Biden led by 3 points among women over 45.

“Biden always had an advantage with seniors, and seniors always had a problem with Trump, but Covid was really catalytic with it,” Lake said.

Why seniors are switching to Biden

There are several possible reasons for the older voter exodus to Biden, and they can’t all be chalked up to the coronavirus pandemic.

Biden was already polling well with the group before the pandemic hit. While it’s true that seniors are especially vulnerable to the novel coronavirus, political science experts told Vox there’s much more at play.

Older voters have seen more presidents in action. The polls could be telling us that many voters over 65 just don’t like Trump’s extremely unconventional presidency, marked by a daily barrage of tweetstorms and increased political polarization.

“Part of why they turned away from Trump is there’s too much shaking up in Washington,” Murray said. 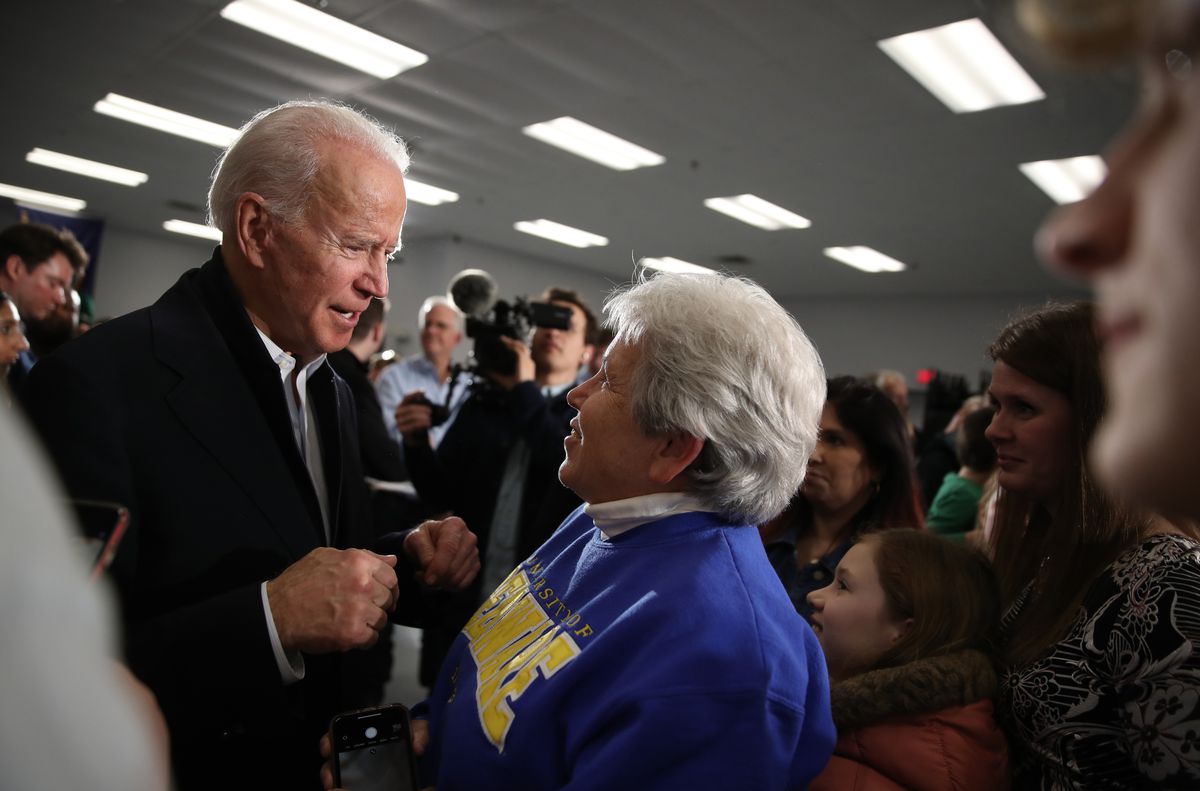 Trump isn’t getting much traction by painting the more moderate Biden — who is 77 and has a decades-long track record in public service — as a vessel for the “radical left,” experts say.

While Biden’s history of gaffes may provide fodder for the Trump campaign and political pundits alike, older voters may not care about it too much.

“Biden harkens from an era before pre-programmed politicians,” Wasserman told Vox. “The fact he commits lots of gaffes makes him human in the eyes of a lot of older voters who remember the time when politicians could say what they wanted to say.”

Beyond any sort of connection seniors may feel with the former vice president, Biden is hammering home issues that elderly voters care about: protecting Social Security and Medicare, lowering prescription drug costs, and setting up a coordinated federal response to the Covid-19 pandemic. The Biden campaign is also organizing older voters with biweekly senior to senior phone banks, encouraging them to make a plan to vote.

Covid-19 has also materially changed the lives of a lot of seniors. Older voters can no longer “fly across the country to see their grandkids,” said Florida Democratic strategist Steve Schale.

The Villages is a microcosm

None of the Villages residents I spoke with recently think America’s largest retirement community or the main county it sits in — Sumter County — will flip to Biden this year.

The 300 golf carts in a recent Biden support parade were still less than half of the Villages’ Trump group. And some people are still afraid to display Biden signs for the backlash they might get from their neighbors. A recent op-ed in the local newspaper — “Reasons I am afraid to live in The Villages” — listed alleged harassment because of political beliefs as driving such fears, including name-calling on social media, keyed cars, torn campaign signs, and red paint spilled on a driveway.

“It can get nasty. Someone had beer spilled all over their golf cart because they had a Biden sign,” Branscome told me. “When we do our rallies every Saturday and Thursday, we get a lot of fingers. When I see a 90-year-old woman giving me the finger because I’m wearing a Biden shirt, I’m sure she has kids and grandkids … what are we teaching our future?” 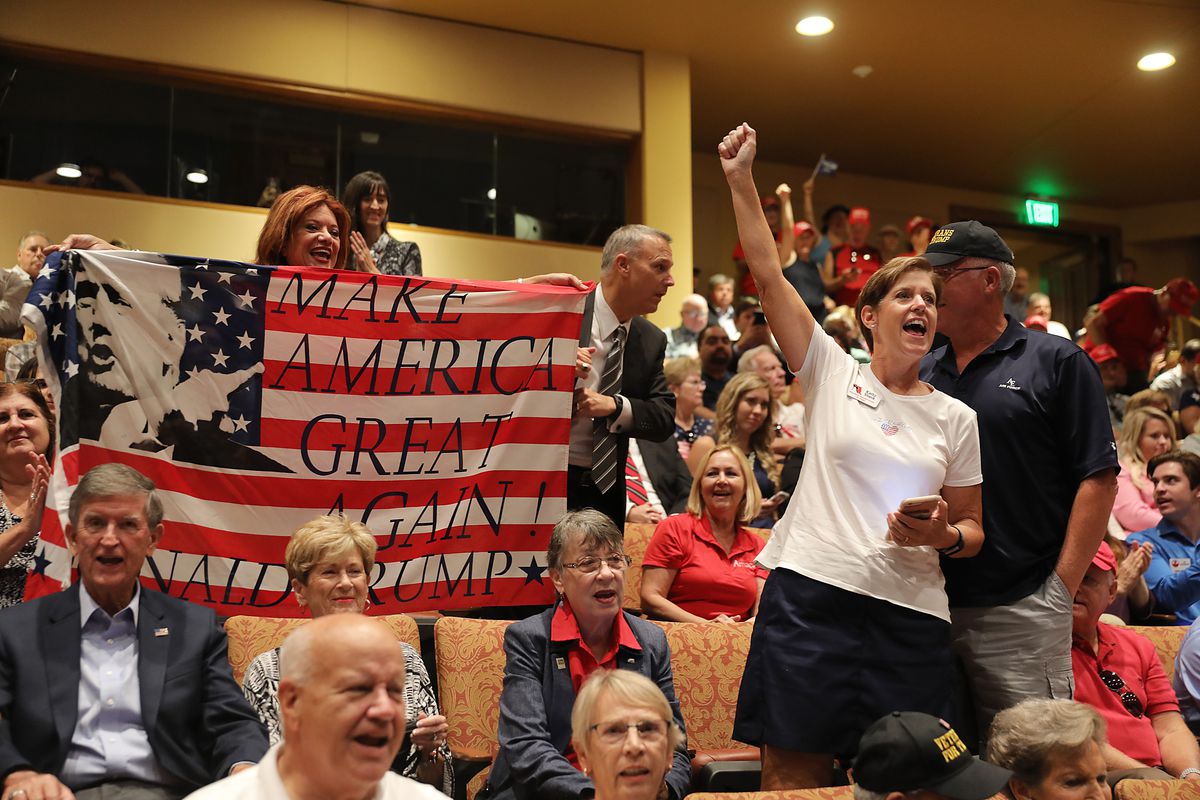 People cheer at an event for President Donald Trump at the Villages on October 3, 2019.Joe Raedle/Getty Images

But even if a flip is unlikely, locals say Democratic organizing in the area has never been stronger.

“It’s like night and day,” said Chris Stanley, president of the Villages Democratic Club. “I have so many people who are north of 75 who call me up and say, ‘I’ve never been a volunteer before, but how can I help?’ Most of our workforce are people who since 2016 have gotten engaged.”

That engaged volunteer base is working to try to flip other counties in Florida, including Pinellas County — an older county that encompasses the city of St. Petersburg and surrounding suburbs where one recent poll showed Biden double-digits ahead of Trump.

Schale, the Florida Democratic strategist who was Obama’s 2008 Florida state director, thinks about five or six counties in the state are “truly up for grabs.” If Biden can hold a lead with older voters, Schale thinks the former vice president can cut into Trump’s margins in the I-4 corridor between Tampa and Orlando, which would constitute a decent night for Biden on November 3 in Florida.

“The key is not just running up the score in places like Miami, Sarasota,” Schale said. “Maybe a county Joe Biden should lose by 15 points — maybe he’s down seven or eight and there’s a large number of undecideds.”

If Biden does win, Branscome says she hopes Republicans and Democrats in the Villages can start speaking to each other cordially like they did before Trump was elected.

“Things really changed because of him, we really miss the days previously,” Branscome said. “We’re losing friends over this. My dream is that when Trump is gone, it will take a while, but all that hatred is going to be gone and we can be friends and do stuff together.”

Help keep Vox free for all

Millions turn to Vox each month to understand what’s happening in the news, from the coronavirus crisis to a racial reckoning to what is, quite possibly, the most consequential presidential election of our lifetimes. Our mission has never been more vital than it is in this moment: to empower you through understanding. But our distinctive brand of explanatory journalism takes resources. Even when the economy and the news advertising market recovers, your support will be a critical part of sustaining our resource-intensive work. If you have already contributed, thank you. If you haven’t, please consider helping everyone make sense of an increasingly chaotic world: Contribute today from as little as $3.

Joe Biden names the alternatives for the Secretary of State, the Chief of Homeland Safety and the Director of Nationwide Intelligence