“At a time like this the Oval Office should be a command center. Instead, it’s a storm center—there’s only chaos. Just one thing never changes: (Trump’s) determination to deny responsibility and shift the blame. The buck never stops there. Now you have to decide whether to renew his contract or hire someone else. If you want a president who defines the job as spending hours a day watching TV and zapping people on social media, he’s your man.”
—Bill Clinton

“I wish Donald Trump knew how to be a president because America needs a president right now. Throughout this time of crisis Americans keep going—checking on neighbors, showing up to jobs as first responders, (or at) hospitals, grocery stores, nursing homes. Yes, it still takes a village and we need leaders equal to this moment of sacrifice and service. We need Joe Biden and Kamala Harris.”
—Hillary Clinton

“I’ve been organizing young people around climate change since 2018. Climate change is impacting us now, and it’s robbing my generation of a future. For young people my age, every aspect of our lives, from where we go to school to what kind of careers we’ll have to whether or not we can raise a family, depends on us taking climate change seriously right now. Joe Biden won’t solve this crisis in four years. No one can. But he will put us back on track so that my generation can have a fighting chance.”
—Alexandria Villaseñor

“I want to see a President of the United States who can look a trans woman in the eye and tell her her rights are worth protecting.”
—Virginia Del. Danica Roem 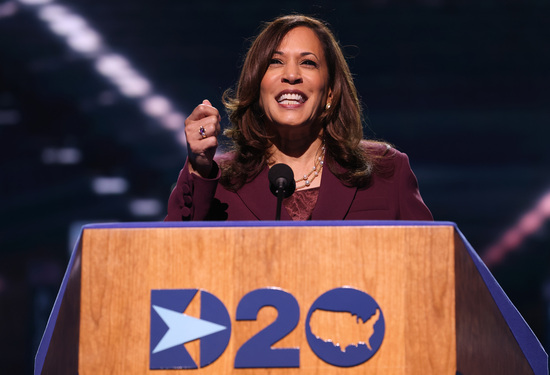 “Years from now, this moment will have passed, and our children and our grandchildren will look in our eyes and they’re going to ask us, ‘Where were you when the stakes were so high?’ They will ask us, ‘What was it like?’ And we will tell them not just how we felt, we will tell them what we did.”
—VP Nominee Sen. Kamala Harris

“I’ll be a president who’ll stand with our allies and friends, and make it clear to our adversaries that the days of cozying up to dictators is over. Under President Biden, America will not turn a blind eye to Russian bounties on the heads of American soldiers, nor will I put up with foreign interference in our most sacred democratic exercise: voting. And I’ll always stand for our values of human rights and dignity.”
—Joe Biden

Tomorrow: the thrilling conclusion. And now, our feature presentation…

Note: If, while reading C&J, you experience nausea, vomiting, loss of appetite, or a libido that shrinks to the size of a chickpea, please continue.  This is completely normal and will pass after you finish reading.  —All The Doctors 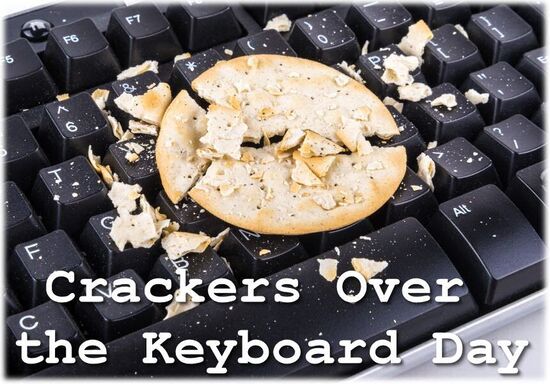 Days ’til Crackers Over the Keyboard Day: 2

Percent at which the U.S. economy is currently operating compared to where it was in March, according to CNN: 78%

Maine’s rank in the “back to normal” index of state economies re: how they’re doing now versus March (Maine is 93% recovered): #1

Percent of Americans polled by AP-NORC who approve of Trump’s leadership on the pandemic, down from 44% approval in March: 31%

Current Biden-Trump matchup numbers in Scranton and Queens, respectively: 65-30 and 75-19

Mid-week Rapture Index: 182 (including 4 wild weather events and 1 holy atomic bomb explosion in the Falwell dynasty).  Soul Protection Factor 16 lotion is recommended if you’ll be walking amongst the heathen today.

CHEERS to broads at the ballot box. The members of the C&J household are donning their pussyhats today, Women’s Equality Day, which celebrates the August 26, 1920 certification of the 19th Amendment to the Constitution giving women the right to vote. A few years back Time magazine posted an article reminding us of the crazy pre-1920 fact that women could run in elections despite not being allowed to cast a ballot in them. Thousands of women (from no fewer than 16 different parties) did, in fact, run according to the Her Hat Was in the Ring database, and the very first appears to have been a Mainer:

(W)hen Olive Rose was elected Register of Deeds by Lincoln County in Maine in 1853, she became not only the first woman elected in the state, but the scholars believe she may have also been the first woman elected in the United States. In one town, Warren, she got 73 votes, while her opponent received only four. Her listing in the database includes a rather prescient announcement of her feat in a local newspaper article:

“Men may laugh and jeer and fume, as much as they please about this matter of ‘woman’s rights;’ they cannot escape the issue. 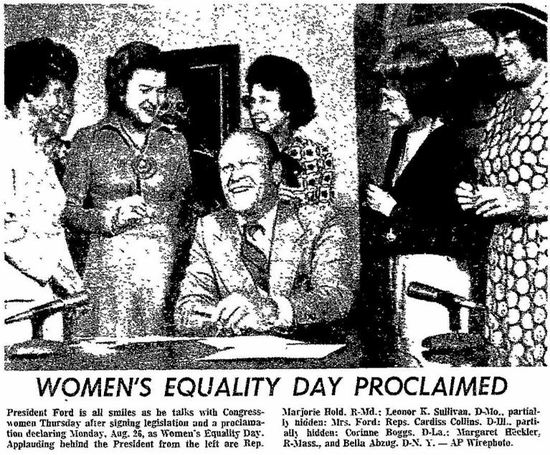 1974: Under the watchful eye of the First Lady, President Ford signs legislation declaring August 26 Women’s Equality Day. Can you imagine the GOP doing that today?

As sure as the indomitable barons of England wrung Magna Carta from King John at Runnymede, so will the women of the 19th century extort from the ‘lords of creation,’ (who have held them in servile dependency from the beginning of the world) something like an equal share of political and social rights. Whether the doctrine of ‘woman’s rights’ is in the judgment of the present generation consonant with the ‘eternal fitness of things’ or not, it is nevertheless designed to gain ground, and ultimately to prevail.”

After spending my 56 years watching how our male-centric political bodies have behaved, I believe I can say without hesitation: prevail harder.

P.S. Nobody said it better:

JEERS to sternly-worded letters. When strung together, they formed sternly-worded questions from members of the House Oversight Committee on Monday, who grilled postmaster Louis DeTrumpbot on his catastrophic failure to run the Postal Service with even a hint of efficiency during this election season. There were several highlights from Reps. AOC, Jim Cooper, Stephen Lynch, and retired longtime Michigan postal employee Brenda Lawrence. There may be congressional actions taken in light of the obvious corruption on display, but in terms of the hearings themselves, here’s my Cliffs Notes version of how the exchanges went:

Q: Do you know anything at all about the postal system?
A: (Smirk) No. 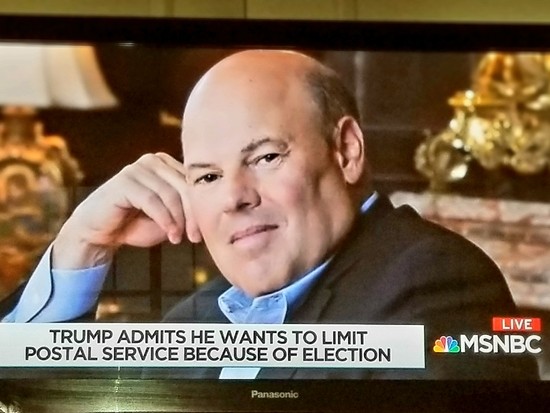 Q: Did you take an oath to do a bunch of things that you’re currently not even trying to do?
A: (Smirk) Yes.

Q: Do you agree that everything’s gone to shit and you’re either incompetent or a saboteur?
A: (Smirk) Yes.

Q: So now that you’re caught, you’ll be reversing all the catastrophic decisions that have led to this point of carnage and chaos?
A: (Smirk) No.

CHEERS to order in the courts. A trio of gavelriffic decisions handed down over the last few days that have real Americans (as opposed to the red-hatted cult) cheering:

Vote By Mail  The Trump campaign was slapped back hard by a (Trump-appointed) federal district court judge in Pennsylvania Sunday in its attempt to keep the state from conducting a safe and fair election in November. The judge effectively stopped Trump’s effort to keep the state from expanding mail-in voting and installing ballot drop boxes, staying the suit while state court cases about voting are in the works.

Private Schools  Education Secretary Betsy DeVos’ controversial rule that would steer more coronavirus relief aid to private schools did not fare well in its first legal test. A federal judge issued a preliminary injunction Friday that blocked it from being enforced in Washington state and potentially nationwide.

School Openings  Florida teachers achieved a big win in court Monday when a Tallahassee judge issued a temporary injunction, stopping Florida from requiring that schools be open five days a week during the coronavirus pandemic. The state defendants “arbitrarily prioritized reopening schools statewide in August over safety and the advice of health experts; and all school districts complied in order to avoid a drastic loss of State funding,” the judge ruled.

And this just in: New York’s attorney general wants to punish Eric Trump for spending months and months keeping his pie hole shut. Punish? Really? I think we should give him a medal.

JEERS to death sticks.  On August 26, 1957, the Soviet Union announced it had successfully tested an intercontinental ballistic missile.  It got a B in reading, an A in math and, oddly enough, a C- in rocket science.

JEERS to journamalism fail. The headline at CNN screams: “Oh, great—NASA says an asteroid is headed our way right before Election Day“ Gaaaah!!!  My frightened brain has been turned into bait, therefore I must click and…oh, it’s nothing: 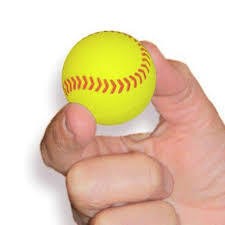 “Asteroid 2018VP1 is very small, approximately 6.5 feet, and poses no threat to Earth. If it were to enter our planet’s atmosphere, it would disintegrate due to its extremely small size,” NASA said in a statement. “NASA has been directed by Congress to discover 90% of the near-Earth asteroids larger than 140 meters (459 feet) in size and reports on asteroids of any size.”

NASA says that, “based on 21 observations spanning 12.968 days,” the agency has determined the asteroid probably—phew!—won’t have a deep impact, let alone bring Armageddon. The chance of it hitting us is just 0.41%, data show.

(CRICKETS) to the Fox Republican News Network.  Before he came out of the closet: “Ken Mehlman is the smart and savvy former RNC chair who did great things for the conservative cause.  Ken Mehlman’s efforts will never be forgotten!”  After he came out of the closet: “Ken who???”  Forget about the timekeepers at the Royal Observatory in Greenwich—I can set my watch by these guys.

CHEERS to gone-but-not-forgotten comedy pioneers. The world of biting humor took it on the chin three years ago as Dick Gregory made his last curtain call at 84. He was a strong philanthropist, civil rights activist, health guru, and comedian taking on racial injustice and making it his lifelong cause. Gregory’s barbs left a mark on society, especially back when to do so was risky for an African-American:

“A Klanner is a cat who gets out of bed in the middle of the night and takes his sheet with him.” 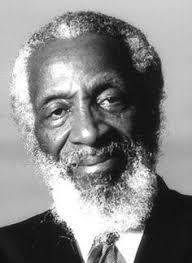 “I never believed in Santa Claus because I knew no white dude would come into my neighborhood after dark.”

“Baseball is the only sport in the world where a Negro can shake a stick at a white man and it won’t start no riot.”

“Last time I was down South I walked into this restaurant, and this white waitress came up to me and said: ‘We don’t serve colored people here.’ I said, ‘That’s all right, I don’t eat colored people. Bring me a whole fried chicken.'”

“You know the definition of a Southern moderate? That’s a cat that’ll lynch you from a low tree.”

One of a kind. We’re a smaller world without him.

Have a happy humpday. Floor’s open…What are you cheering and jeering about today?

MSNBC’s Chuck Todd Obliterates Bill in Portland Maine’s Cheers and Jeers: “The Truthful Parts Would Make Up Maybe a Sentence, if That Much”

Trump continues to poke enjoyable on the pardon course of that completely makes Manafort, Stone, and Jared Kushner’s father

Do you wish to flip a state blue? Stacey Abrams drops the grasp key and he or she would know