The magazine has sponsored 26 billboards to be erected around Louisville, where Taylor worked and lived until she was shot and killed by police in her home while she slept on March 13. Police tried to enter with a “no knock” warrant and not knowing police were at the door, Taylor’s boyfriend fired a warning shot hoping to scare away intruders. Police, in turn, open-fired on the couple. The person police were looking for in the warrant not only did not live in Taylor’s home, he was in custody at another precinct across town. Neither Taylor nor her boyfriend had any criminal record and Taylor has recently been employed as an EMT in the city.

The billboards direct passersby to untilfreedom.com, “an intersectional social justice organization rooted in the leadership of diverse people of color to address systemic and racial injustice.” Winfrey and her crew aren’t letting go and neither should you. Taylor’s family deserves justice in this case. Here are ways you can help, with an action petition from Daily Kos and suggestions from Until Freedom on who to call to get justice in this case. 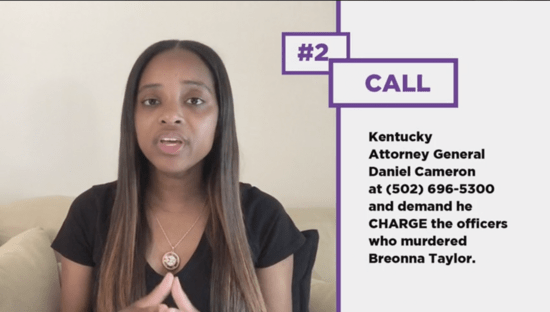 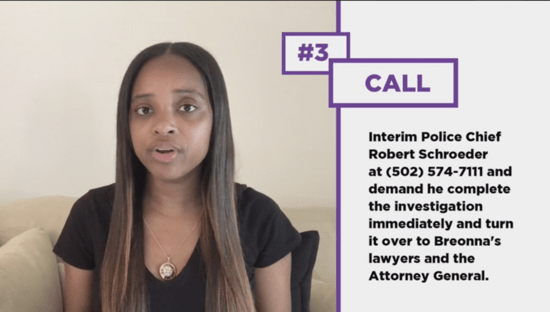