Note: From the Eyewitness News Desk—Every surgeon in the world now admits mask-wearing was all just a big prank perpetrated since the 19th century to break the Guinness world record for longest practical joke. Film and gales of laughter at 11.

Weeks ’til the general election: 15

Percent of Democrats and Independents polled by Quinnipiac who, combined, feel Trump is making the pandemic situation worse: 79%

Percent chance that “Joe Biden would destroy our fossil fuel industry,” according to Vice President Mike Pence over the weekend, apparently campaigning for the election of Joe Biden: 100%

Number of glasses sold in 21 years: 0

Puppy Pic of the Day: Why you should always thump melons before you buy them…

CHEERS to parental guidance. There’s a reason the moms and dads of PFLAG get the loudest applause at LGBTQ parades every year: nobody messes with their kids and gets away with it. That’s also true of the Black Lives Matter movement, most recently exemplified in Portland, Oregon over the weekend when a new group marched to the front lines to confront Trump’s unidentified jackbooted thugs who’d been kidnapping their kids in unmarked vehicles and terrorizing them:

Dozens of women wearing yellow linked arms to form a protective “wall of moms” around Black Lives Matter protesters in Portland, Oregon, on Sunday as the protesters clashed with federal law enforcement. 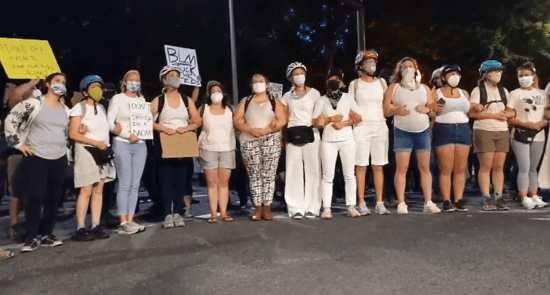 Wall of Moms in action. A movement within the movement is born.

Video from the scene showed crowds chanting “Feds stay clear, moms are here!” and “Feds go home!” before protesters toppled a fence erected around the federal courthouse. Federal agents fired back with what appeared to be tear gas and flash bangs, the video showed. (…)

Some of the women were there because their children had been tear-gassed in earlier protests over recent weeks, Davis said. “There’s definitely some parents and teens out there together,” he said.

I don’t want to say they’ve turned the tide yet, but at last count they’d successfully sent over a dozen of Trump’s American Gestapo to their rooms without supper.

CHEERS to Christmas in July…and August…and even September! I don’t know if you heard, but the president promised last Thursday that he was going to ride through all the towns in his Air Force One Horse Open Perv Sleigh and give presents to all the peasants, says AP writer Jill Colvin:

Trump says he’ll be announcing “many exciting things” over the next 8 weeks, “things that nobody has even contemplated, thought about, thought possible,” with “levels of detail and levels of thought that a lot of people believed very strongly we didn’t have in this country.”

C&J promises to keep you apprised over the next eight weeks as we open each morning’s little door on our Many Exciting Things Advent Calendar to see what un-contemplatable goodie he’s left inside for us. I plucked out the morsel for Day 5, and all I can say is, don’t eat it. It’s not chocolate.

CHEERS to comeuppance.  46 years ago today, on July 21, 1974, the House Judiciary Committee approved two articles of impeachment against Richard “Okay, I Guess I Am A Crook After All” Nixon. That same day, he was giving a speech at a private home in Bel Air, California.  Let’s see… He talked about the host’s fine tent. He talked about the struggle between Greece and Turkey.  He talked about his trip to Egypt.  He talked about some former administration officials.  And then he toasted his audience with a fine whine:

“You wonder sometimes, and I am often asked, you know, how do you really take the burden of the Presidency, particularly when at times it seems to be under very, very grievous assault.

Let me say, it isn’t new for it to be under assault, because since the time we came into office for 5 years, we have had problems. 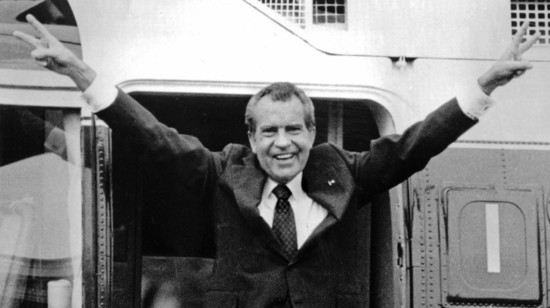 There have been people marching around the White House when we were trying to bring the war to an end, and we have withstood that, and we will withstand the problems of the future.”

CHEERS to an end to all this nonsense, maybe? Take that you dastardly coronavirus! Your days might be numbered, now that the sleep-deprived researchers at Oxford University and drug maker AstraZeneca have hit on a possible vaccine under the brand name Possiblevaccineitol:

The trial results found that it generated two “strong” immune responses: the production of both antibodies and T cells, which find and attack virus cells. 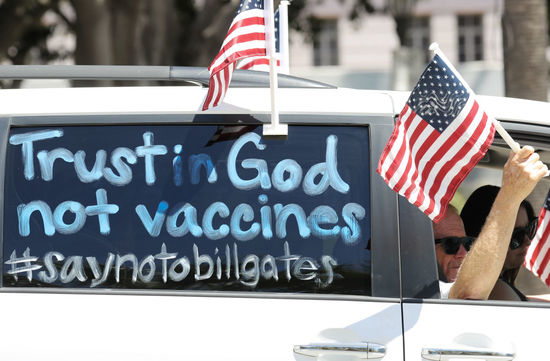 One small problem: God’s not returning our calls.

“We’re getting both sides of the immune system stimulated and that is fairly unusual for vaccines,” Adrian Hill, director of the Jenner Institute at Oxford University, told NBC News.

One day some of the other teachers and I decided to go on a trip to 14,000-foot Pikes Peak. We hired a prairie wagon. Near the top we had to leave the wagon and go the rest of the way on mules. I was very tired. But when I saw the view, I felt great joy. All the wonder of America seemed displayed there, with the sea-like expanse.

It was later set to the hymn “Materna” by Samuel Ward.  But only because Snoop Dogg wanted ten million bucks for the rights to “We Just Wanna Party with You.”

JEERS to the Big Snooker.  I don’t know which is worse—that Andrew Breitbart and Fox News are as dishonest and disgustingly amateurish as they are, or that Ag Secretary Tom Vilsack and the White House are so hardheaded that they can’t walk back an injustice even after they find out they’ve been totally punk’d. At least the NAACP can see the forest for the sleaze:

The fact is Ms. Sherrod did help the white farmers (the Spooners) mentioned in her speech.  They personally credit her with helping to save their family farm.  Moreover, this incident and the lesson it prompted occurred more that 20 years before she went to work for USDA. 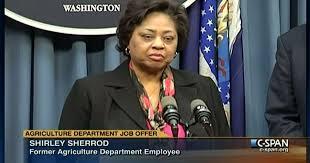 The Shirley Sherrod firing demonstrated with eye-rolling frustration just how quickly the Obama administration could cave to right-wing smears. They eventually wised up.

Finally, she was sharing this account as part of a story of transformation and redemption. In the full video, Ms.Sherrod says she realized that the dislocation of farmers is about “haves and have nots.”  “It’s not just about black people, it’s about poor people,” says Sherrod in the speech. “We have to get to the point where race exists but it doesn’t matter.”  This is a teachable moment, for activists and for journalists.

Shirley Sherrod doesn’t deserve to be rehired. She deserves to be rehired, promoted, given a raise and her own corner office, taken out to lunch, and given one helluvan apology.  And then President Obama needs to reunite the Spooners with Sherrod at the White House to drive home the point she made in her speech last March.  And since we’re making lists this morning, I’d like a triple cheeseburger and a biggie fry. No pickle.

And just one more…

CHEERS to Pluto: up close and personal..again. I have to keep reminding myself that back in grade school our favorite dwarf planet was always described as our most distant, but beyond that no one really knew much about it or what it looked like. Well, it’s been five years since the New Horizons probe flew by and snapped some cool Polaroids, and now NASA has an update with some of their new discoveries:

»  Pluto’s heart—one of the signature features New Horizons observed on approach and imaged in high resolution during the flyby—is a vast, million-square-mile nitrogen glacier. … Cold and far-flung as Pluto may be, its icy “heart” still beats to a daily, rhythmic drum that drives Pluto’s atmosphere and climate much in the way Greenland and Antarctica help control Earth’s climate.

»  New Horizons data from the basin indicated there may be a heavier mass beneath it that played a part, and scientists suspect that the heavier mass is a water ocean. “That was an astonishing discovery,” Tuttle said. “It would make Pluto an elusive ‘ocean world,’ in the same vein as Europa, Enceladus and Titan. 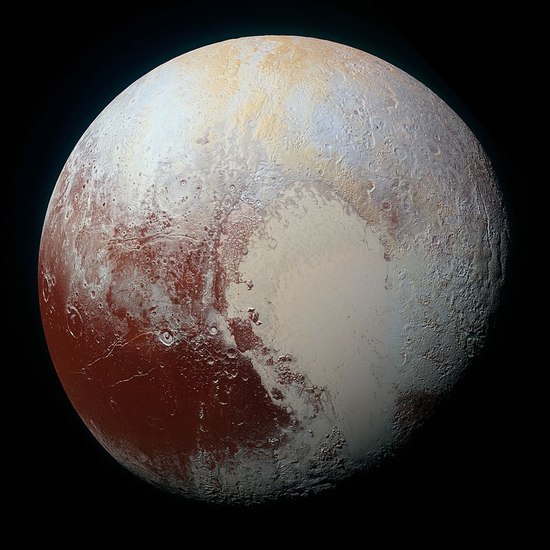 »  Zoom in close to the surface of Sputnik Planitia and you’ll see something unlike anywhere else in the solar system: a network of strange polygonal shapes in the ice, each at least 6 miles (10 kilometers) across, churning on the surface of the glacier.  Although they resemble cells under a microscope, these aren’t; they’re evidence of Pluto’s internal heat trying to escape from underneath the glacier, and forming bubbles of upwelling and downwelling nitrogen ice, something like a hot lava lamp.

»  (I)f there’s one abnormal thing about the Pluto system, it’s that neither Pluto nor Charon have many small craters—they’re almost all big.

After scrutinizing the surface of Pluto from every angle for five years, NASA now says it knows what it’s going to send there next: a dermatologist.

Have a tolerable Tuesday. Floor’s open…What are you cheering and jeering about today?

Abbreviated Skilled Spherical Desk: GQP settlement continues because the get together chooses to go all the way in which to the correct

The federal decide appointed by Trump makes an ardent choice within the “distinctive case”.